Some commentators believe that the proposed Investment Adviser Oversight Act infringes upon the states’ sovereign rights to govern. The U.S. Constitution sets out the powers of Congress, the limits on Congress, and the limits on the states. The 10th Amendment provides that powers not granted to the federal government and not prohibited by the Constitution belong to the states. A North American Securities Administrators Association (“NASAA”) representative recently testified before the Committee on Financial Services of the U.S. House of Representatives (“Financial Services Committee”) that “states are sovereign, independent entities, and should not be subordinated to a private, industry-funded corporation. Such a regulatory structure would compromise the independence and flexibility that are essential to effective state regulation.” Furthermore, he said “states, like the federal government, are statutory regulators and accordingly should not be subordinated to an industry self-regulator.” His full testimony is available online.

The representative from NASAA makes an interesting point. The Investment Adviser Oversight Act would require an annual conference for state securities regulators to report to an investment adviser SRO and for the SRO to evaluate each state’s regulatory performance. In essence, it would require state governments to report to a private corporation, which up to this point is unprecedented. There is precedent in Congress delegating power to agencies of the Executive Branch to regulate and to delegation of power for SROs to regulate within an industry. However, this is different. This is forcing a government entity to report to a private entity.

During the testimony in front of the Financial Services Committee, members of the panel referenced a document called the CATO brief. According to its website, “CATO is a public policy research organization dedicated to the principles of individual liberty, limited government, free markets and peace.” The brief drawn up by CATO argues among other things that “delegation of power to private actors should be construed narrowly and reviewed with an eye toward ensuring that exercises of regulatory authority remain rooted in the enumerated powers of the Constitution.” The brief was written arguing that the Financial Industry Regulatory Authority (“FINRA”) and more generally SROS must be amenable for private suit. In the brief, CATO points out that SROs are considered by some to be the same as agencies and other regulatory bodies but that SROs and specifically FINRA operates as a private actor. “Despite their role as front-line regulators, many (SROs) are “looking for ways to shed their self-regulatory responsibilities and join the ranks of their erstwhile members as for-profit competitors.” The brief also argues that there has been a lack of government oversight over FINRA and this lack of oversight led to policy failures within FINRA. CATO cites lax regulation and biased arbitration as examples of FINRA policy failures.

The argument in the CATO brief goes back to the concerns of the NASAA. The state securities regulators believe that they should not be subordinated to a private entity and that SROs are susceptible to abuse of power and ulterior motives. 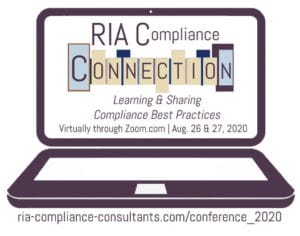 To learn more about our services and products or to set up a time to speak with one of our Compliance Consultants call: